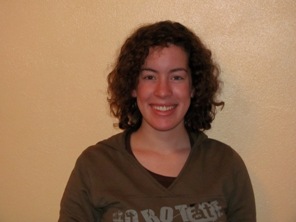 I was born and raised a UU in Rockford, IL. My mother is white and my father is black, and I was raised by my mother and my grandparents in the early years of my life. I’m the youngest of four, and my three sisters have also been actively involved in congregational and continental UU work.
In high school I was an active member of my congregation’s youth group, and was president of its Youth Advisory Board for one year, when I also had the opportunity to serve on the Religious Education Committee. For two years I served on the UUA’s Youth Ministry Working Group and participated in the Mosaic Project Summit, experiences which revitalized my desire to be an active UU. I also participated in several DRUUMM conferences, where I found a welcoming community of friends and mentors that challenged me to confront questions about my own identity, and helped form the basis of my commitment to history and anti-racism.
After graduating from high school in 2007, I attended college in Portland, OR for a year, and then moved to Chicago, IL where I currently study history at the University of Chicago. My decision to study history was influenced by my belief in the importance of stories, and in the importance of recognizing the past and its implications for our work in the present.
I recently completed an internship with the Campaign to End the Death Penalty, a Chicago-based group which I’ve been active for the past year. I credit my upbringing as a UU with giving me a belief in restorative rather than retributive justice, and this belief has driven my dedication to challenging injustices within the prison system and the criminal justice system.
I currently attend First Unitarian Congregation in Chicago, and find a spiritual home in the congregation’s Campus Ministry group.
Peace,
Jackie Whitworth