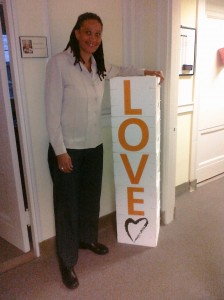 It has been two days since George Zimmerman was found not guilty in the murder of Trayvon Martin.  As I read social media and listen to commentators on TV give their opinions, I knew that I would have to write a pastoral message in response to the Zimmerman verdict.  However, I did not know what to write.  There are endless essays and facebook posts about the role of white supremacy, our unfair justice system and how black and brown males are profiled and assumed guilty because of the color of their skin.  Do you know the saying, “same stuff different day?”  Well that’s how I feel.

I grew up in public housing in Philadelphia during the 1970’s and it was common for my brothers and other black males in my community to be profiled, stopped, questioned (sometimes pushed around), and frisked by Philadelphia police officers. I grew up thinking police brutality was normal and people got the best justice they could afford to buy.

My thinking has not changed over the years in regard to justice favoring those who have the access to pay for it.  What has changed for me is the belief that I am not powerless to work for change.  As a Unitarian Universalist, our First Principle calls us (that means you and me) to “Affirm and promote the inherent worth and dignity of every person.”  In other words, our first principle calls us to demand change and justice to insure that black and brown males are not profiled and assumed to be a threat by police and armed citizens.

So you may be asking yourself what can I do?  Answer, plenty.  You can begin by working on your ethnic/racial identity (white youth, youth of color and young adults) and the stereotypes about other ethnic/racial groups you carry.  If you live in Florida or another state that has a Stand Your Ground law, suggest to your youth group that you work to abolish or amend it so it does not protect someone who profiles, then stalks and kills an unarmed person.  Or your youth group can work on the Action of Immediate Witness (AIW) condemning racist mistreatment of young people of color by police that was approved at this year’s General Assembly.

If you are person of color and you find yourself being stalked by a stranger, call 911, give them your name, age, location and a description of what you are wearing, what your stalker is wearing, and tell them that you fear for your life.  Also request that the 911 operator stay on the line with you until police arrive.  And while you are on the line with 911, keep talking, just in case…

As always I would love to hear from you.  You can message me on Facebook at Monica Cummings, email me at mcummings@uua.org or leave a comment for me on the YaYA of Color blog, UU Living Mosaic at http://uuyayaoc.blogs.uua.org/.