My name is Steven Rene Ballesteros. I live in Tucson, Arizona, and I love my moms. 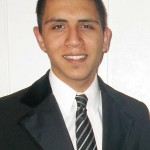 Plural. I am who I am in large part because of two women in my life. Two spectacular, talented, and fantastic women. My two mothers. I was adopted at a young age by two wonderful, responsible, and intelligent women who love each other so very much. They’ve been together for over 20 years, 15 of which I’ve been gifted enough to be a part of. They are lesbians. Which isn’t worth fussing over in anything less than a wonderfully affirming manner, yet some people do.

They are attracted to each other and they kiss one another on the way out the door to work or at the dinner table when we’re planning out the week. They buy each other anniversary and Valentine’s day presents. They have hobbies, interests, and favorite TV shows. They have steady jobs and magazine subscriptions. They have pets and favorite places to shop and go out to eat. They’re relatively normal people, whatever normal means. But I wouldn’t say they’re no different than any other parents or couples. I’m talking about my mothers right now because they have been discriminated against for their sexual orientation for most of their lives and it seems as if the state of AZ has reached a point of disgusting political action when it comes to that.

Going back to my parents being “different” than other parents or couples.

The reason isn’t that they’re lesbians. That’s more common than some people will willingly admit. No. The beautiful reality of their individuality and unique position is the way in which they have lived their lives. Of course, we all live our own lives and some of us live very powerful and meaningful lives…however, the lives of my mothers are their own. When decisions are made about how they live them and how they may be treated throughout their lives comes to, it is their decision to make. That is a beautiful truth about the lives we live. They are full of choices. Our choices for our own lives. My moms have lived great lives. One is a minister and the other works very hard at a property management business. They have adopted and raised several children who were all “troubled children”, ranging in affliction from HIV/AIDS to mood disorder, PTSD, and the overall darker tone of their skins. My parents have raised my siblings and myself to be strong, motivated, and caring individuals. Even after my sister passed away her memory was not forgotten in how she lived her life and how my parents expect me to live mine. I have advocated for equal rights, spiritual freedom, sexuality education, and better treatment for those who have been oppressed. My mothers have dedicated their lives to helping others in professions of financial advising, counseling, ministry, and creating better living situations for others. In their private lives they have brought up children from abuse and neglect in their biological homes and the foster care system into thoughtful and hope-filled adults in a safe and encouraging household.

Yet, my moms have been treated at times as if they are somehow not beneficial to the world we live in and even as if they do not have the inherent worth and diginity we all have. A worth at times called divine but nonetheless a connection to one another we must all respect and draw from to achieve a better world. As the son of two women I have been called a fagget and a queer. They have been called that and much worse. They have often been denied legal and medical benefits. Their struggles with family and friends have gone so badly at times that one lived in a city full of former friends where in one potentially beautiful day all these “friends” denied her respect due to the fact that my mother revealed a personal truth. Her sexual orientation.

That my moms may be not be allowed service by another on the premise of religion is laughable. Especially considering that one of my moms has been devoted to religion all her life and is an ordained minister who has been changing communities for the better through support groups, progressive preaching, pastoral care, therapy, and inclusion of youth and marginalized communities for years. Not to mention that the other mother is devoted to faith and has helped my siblings and I to grow up with a vast and diverse respect and understanding of faiths ranging from Sidda Yoga to various Jewish and Christian based faiths.

So, you may understand why I may want to puke when I read what AZ State Senator Al Melvin says in regards to Senate Bill 1062.

“I have heard of cases in other states where owners of flower shops and bakeries and pastors and others have been forced to be involved in gay and lesbian marriages against their will and this is an attempt to protect those people here in Arizona.”

If I understand correctly, Melvin is supporting discriminative legislation because he doesn’t want an unwilling flower shop servicing the wedding that my moms CAN’T HAVE?! The wedding that won’t happen unless the state of AZ legally recognizes that MY MOMS TOOK THEIR VOWS OVER 20 YEARS AGO?!

We live in the land of the free. I bet Senator Melvin and similar individuals would agree with me. So…how exactly were pastors and businesses FORCED to participate in gay and lesbian marriages?

I’m getting a little upset.

And when I was downtown while a march in support of LGBTQ equality went on I was even more upset when a man shouted degrading insults at the openly proud and beautiful individuals nearby.

As a young man of color I have been pulled over, insulted, discriminated against, and racially profiled for the majority of my life. Especially in the dry hate state of SB1070. By border patrol agents, police officers, shop owners, and the random person at school or as I hang out with friends around town.

No one deserves that. Not my mothers, not me, and not you. So please consider this and act on it. Take action for equality and continue to do so even if it’s not in outcry againts politics or such things. Act, don’t just react. And do so for everyone. If you feel the need to advocate for people of color like me than DON’T YOU DARE not to do the same for My Mothers. Or anyone else who is mistreated.

Love Is Love. And Equality Is For All.

(We all are, so treat one another as such.)